Prompted by a recent message about allopurinol and tinnitus, this topic seems the best place for me to summarize my research into the problem. Especially since this is about naproxen and tinnitus. Because, naproxen is a Non Steroidal Anti-Inflammatory Drug. And, NSAIDs are the most common gout drugs associated with tinnitus.

I have only extracted gout drugs from the lists in that report. But, it does include drugs for other conditions that gout sufferers commonly take medications for.

Sep 2011 I have the allopurinol blues: After switching from allopurinol to Uloric (febuxostat),”I have a history of tinnitus (ringing in the ears) that normally comes and goes every few days, and usually occurs in the evening. Since my first dose of Uloric, the tinnitus has been persistent, and the volume is up a notch”.

May 2012 The Febuxostat Debate: “when i was taking indomethican for gout I was having that problem and I found out that its called tinnitus”.

Aug 2012 The Febuxostat Debate: “Im suffering from one of the listed adverse effects of Fexuxostat but I am most reluctant to stop the medication as it has changed my life for the better. Unfortunately the tinnitus is becoming very difficult to tolerate”. Febuxostat tis the generic name for the uric acid lowering drug, Uloric (AKA Feburic and other brands).

May 2017 High Uric Acid with high blood sugar: “there is one point that keep us hesitant in increasing the dosage is because my husband is having tinnitus since starting Allopurinol. Of course all the readings & even dr. said the medicine is the not cause, but we dont know”.

That final point prompts me to offer a note of caution when we think of any side effects – not just tinnitus. Because, as humans, we always tend to connect events, even if there is no connection. So, the only way to prove it is a gout drug that is causing your tinnitus is to switch to an alternative. But, that is particularly difficult with NSAIDs. Because, all NSAIDs can cause tinnitus. Although, individuals might find that one type of NSAID is better than others.

What is your experience with tinnitus and gout drugs? 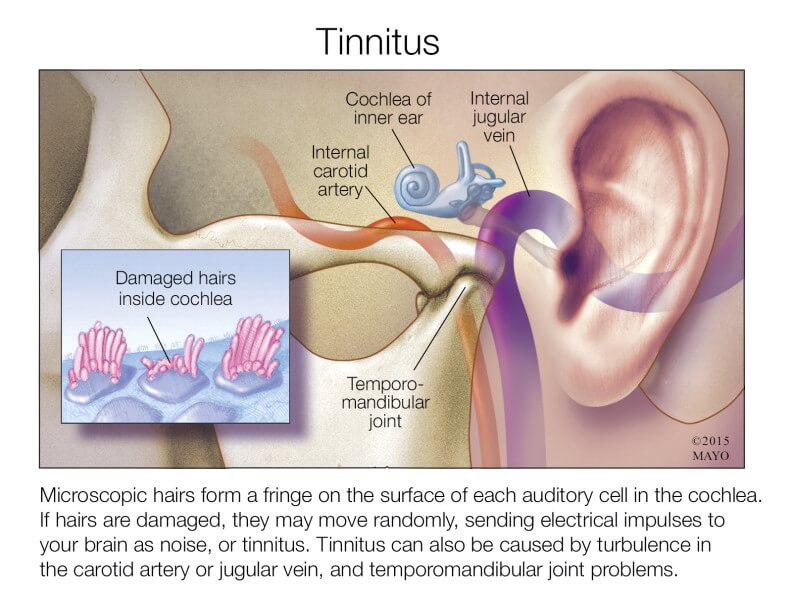